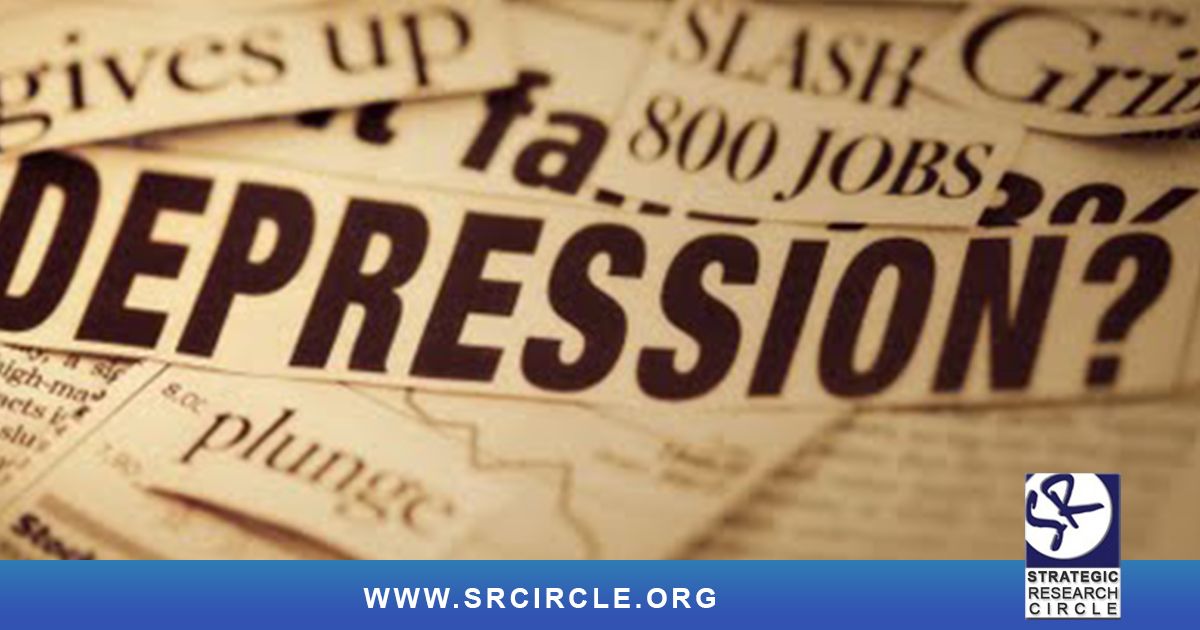 Ibn Khaldun (1332 - 1406) argues that during depressions, government should intervene to avoid economic crises. However, he advocates free market and warns against unnecessary government intervention in free market.

There are several factors that could kill an economy. Huge buildup of debt after over-investment, collapsing of real estate, rise in the prices of the commodities due to shortage or hoarding, faulty government policies and misleading economic data

According to the Austrian economists, the artificial interference in the economy sometimes produces disastrous results. Rothbard argues that government interventions can also delay the market s return to its realistic level, making recovery more difficult

“Well, I know Alan (Greenspan) from the Republican campaign back in 1968. He was always a very scholarly, data-driven guy. But I think, for some reason or other, his chairmanship will be remembered as turn on the spigots” Kevin Phillips, writer and commentator

Under-consumption and over-production leads to bubbles.  If you manufacture 50 millions products when actual demand is half of that, the manufacturing will suffer.

During 2007 – 2008 financial crisis, the dollar came under enormous pressure and lost its value against other currencies. People started saying if you want to keep your money losing its worth, put it in gold. That gave rise to gold prices.

Till late 80’s you could compare financial sector with manufacturing until it went sour. The crash of 1987 was followed by a huge growth of the high tech bubble in the 1990s

Reagan and George Bush, Sr. got one bubble (over-investment) started. Clinton added another, and George Bush got the biggest of all bubbles going. The first bubble imploded in 2000, creating $2.5 trillion in new debt associated with telecom and energy companies including WorldCom and Enron

In a herd mentality of getting bigger quickly, any way possible, some with financial knowledge and experience became wealthier, turning financial sector into a debt industry.

Friedrich Hayek of Austria and Murray Rothbard of USA blame unsustainable boom of stock and bond due to relaxed credit-driven policies of the government or banks, causing economic depressions.

The Austrian school of economics focuses on the macroeconomic effects of money supply, and how central banking decisions can lead to over-investment (economic bubble)

“There aren't too many people that would say back two or three years ago that the way to prosper more was to do less of the cheating” Kevin Phillips, writer and commentator, 2010

Foreign investors are wondering about the direction the US economy is heading. American public is still trying to understand the implication of the 2007 - 2008 financial meltdown. We are looking at over two decades of debt buildup in public and private sectors

Since the 80’s, government, the lobbyist and big donors have been helping and bailing out the financial sectors, supported and subsidized by the government through Federal Reserve and the Treasury. That helped mortgage and credit card consumerism to break new records. From 1987 to 2006, credit market debt in the United States quadrupled from $11 trillion to $45 trillion.

Irving Fisher argues that build up of debt leads to economic collapse. He links loose credit policies for the lenders who borrow excessively beyond their means, leading to speculations that creates bubbles

According to British economist, John Keynes, a lower expenditure in the economy contributes to a large decline in income and employment. He argues that when private sector loses capital, government needs to step in and infuse money into the economy or cut taxes, to create jobs, even at the risk of federal deficit

Cole and Ohanian and Kehoe and Prescott found that a decline in productivity, depression in labor force and lack of capital contributes to economic depressions

According to many economists decline in international trade, due to retaliatory tariffs, makes an economic depression even worst. For example, some blame Smoot-Hawley Tariff Act of 1930 for sharp decline in foreign trade. Farmers whose export of the commodities is affected by tariffs, started defaulting on their loans, leading to banks failures