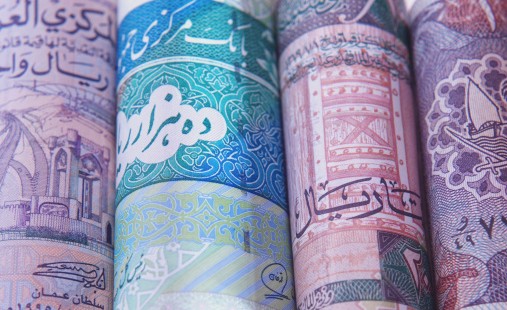 In mid-2009, Pakistani immigrant Junaid Akbar struck out at a host of major banks when he sought funding to buy bagel shop franchises in the Dallas-Fort Worth area. Then, in early 2010, the retired computer programmer landed just over $500,000 from an unusual source: Bank of Whittier, a tiny community bank in Los Angeles that specializes in financing for Muslims who want to comply with Islamic anti-usury laws that prohibit the paying or charging of interest.

The bank, whose staffers speak more than a dozen languages, markets itself to observant Muslim entrepreneurs trying to stay within the boundaries of Shariah, or Islamic law. Its clients include owners of gas stations, supermarkets, and restaurants. Even though avoiding loan interest wasn’t his priority, “they came and helped us out,” says Akbar, who now owns four Einstein Bros. Bagels (BAGL) outlets. “I applied so many places, but they took a chance on me.”

Islamic finance is widely available throughout the Muslim world, but is rare in the United States, says Yahia A. Rahman, who bought the bank in 1982 and five years later opened a related financing operation, Lariba American Finance House, to handle mortgages and small business ventures. Deals are structured so that the bank buys into the venture with the entrepreneur, who runs the company and buys the bank out, with payments structured so that the bank is compensated for its investment. Profits and losses are shared; the overall cost tracks with a traditional loan repayment at a standard interest rate.

“Our model is that we do not rent money,” says Rahman, who spent most of his career as an engineer in the oil and gas industry.”We do not charge interest; we look at every deal as an investment deal.”

Such a model may become more popular as the population of Muslims in the U.S. booms. Estimated at 2.6 million in 2010, a 2011 Pew Research Center reportprojects that the number of Muslims living in the U.S. will more than double by 2030, to 6.2 million. A March 2012 study of American Muslim entrepreneurs (PDF) tallied 81,000 Muslim-owned businesses in the U.S., with half located in New York, Chicago, and Houston.

Most obtain conventional funding for their small business operations, as well as for their home mortgages, says Aijaz Hussain, vice president of national sales at University Bank in Farmington Hills, Mich. His bank does “Sharia-compliant” home mortgages but not entrepreneur financing, which is much more complicated, he says. “It’s easier to do with asset-based financing” such as a home or commercial mortgage, Hussain says. “A business is a whole different challenge because you have to evaluate the risk, share in profits and losses, and you have to bet on the ability of the guy who’s going to run the business for you.”

In his conversations with Muslim Americans, Hussain says he finds about 20 percent of the most religiously devout are concerned about finding Islamic finance. “It’s like in any religion, you have 80 percent who are more liberal and don’t worry about it so much. The more conservative types want the Islamic product, but even most of them will shop around and make sure they’re not paying more for it.”

Business financing without interest requires a level of scrutiny that goes far beyond the typical bank underwriting process, which relies heavily on credit scores and borrower collateral. It is labor-intensive, but it makes for prudent operations: “Our losses are very, very minor because we work with the customers closely on their business plans, we tailor things individually, and we do detailed financial analysis on each deal,” Rahman says. “Our employees are not paid by earning a commission on the number of loans they produce, they are paid and motivated by satisfied customers.”

Some analysts feel that Islamic finance, which also prohibits investments in alcohol, casinos, and the adult entertainment industry, is a natural fit with the trend toward socially responsible and faith-based investment. That topic was on the agenda of a 2012 Harvard University Forum on Islamic Finance, where participantsconcluded that a shared focus on values-based investing could help extend acceptance of Islamic finance in the West. Saturna Capital Chairman Nicholas Kaiser explained on Bloomberg TV in 2011 how following Islamic finance principles has affected his Amana mutual funds’ strong performance.