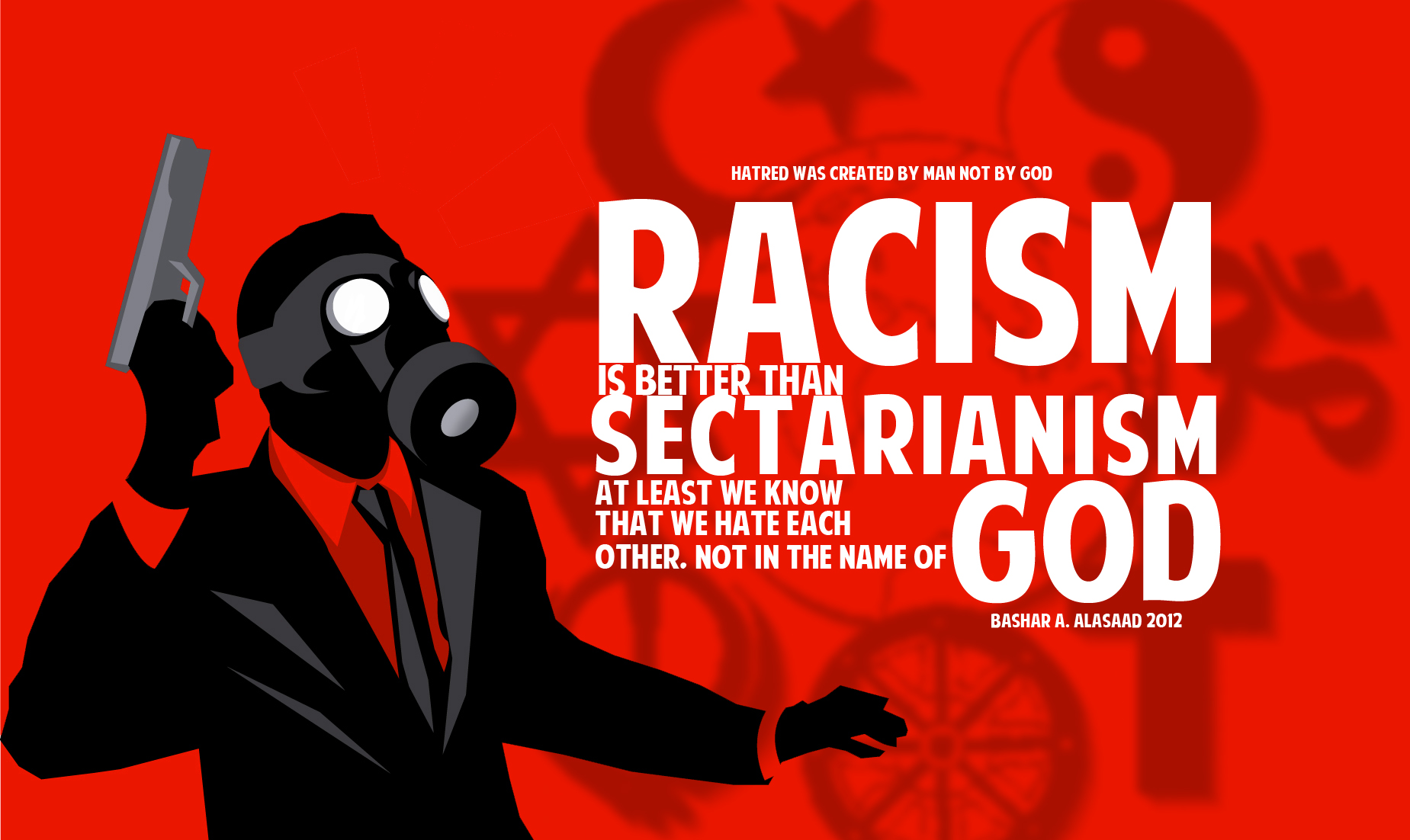 Traditional tribal loyalty or asabiya distinguishes itself from Islamic community on two key grounds, a) diversity and b) justice. These are two things that a sectarian mind don’t like.

Dynasties that were diversified and kept restocking their warriors and administrators, lasted longer. For example, Egyptians and Ottomans constantly replenished their stock with new armies. In case of Egypt, the new blood came from Central Asia, Ottomans brought new stock from Christian Balkans provinces, who they systematically trained for war and administration.

When asked to explain the meaning of asabiya, he replied; helping your own people in unjust cause. Islam replaced tribal asabiya with more deeper and universal community (umma).

Religious or political groups may believe that success of their objectives depend on converting or cleansing their rivals.

When we are too busy decorating our interior life we stop caring about others or don't have time for it. The close-minded madrasas in Pakistan are no different from secluded far right religious groups in USA

“[Or] of those who have divided their religion and become sects, every faction rejoicing in what it has” (rum 30:32)

To win support of their followers, opinionated demagogues play sinister role in sowing divisions within their society and creating enemies abroad

“And they did not become divided until after knowledge had come to them - out of jealous animosity between themselves" (shura 42:14)

It could also mean having compassion for only people of your own culture and traditions at the expense of people from other cultures and background.

Exploited by their leaders, a dominant group under political or economic stress will unjustly attack minorities which it wrongfully blames for its own failures. It may also seek to expel or forcefully convert those who do not support their beliefs or ideology.

"There shall be no compulsion (ikraha) in [acceptance of] the religion" (baqara, 256)

Prophet Muhammad (saw) himself allowed diversity of interpretation. Which is taken from the hadith that “Difference of opinion of my community is a blessing”

Islam promotes group dynamics and unity without suppressing individualism. The fasting during the Islamic month of Ramadan, pilgrimage (Hajj) and praying in groups promotes loyalty and identity as one humanity.

"O people, your Lord is One, and your father is one: all of you are from Adam, and Adam was from the ground. The noblest of you in Allah’s sight is the most God conscience: Arab has no merit over non-Arab other than godfearingness" Prophet Muhammad's Last Sermon, March 632) in the Uranah valley of Mount Arafat

In one of the polls conducted during 2012 in Pakistan, 40% of Pakistanis viewed Shias to be non-Muslims, even when majority of traditional Sunni scholars consider them Muslims.

According to Goitein, unlike Europeans during Middle ages, Muslim societies did not develop an imposing hierarchy and tightly knit ranks and classes. Gibb says, Muslims had greater fluidity, class mobility, dissolving and regrouping of their groups

The American sectarianism is not as bad but it’s divided by urban and rural counties. If you look at 2012 US election, Democrats were in majority in urban and Republicans in rural counties. One of the factor in Republic defeat was that right-wing republican politicians on fringes, took the center stage in politics, which turned off some minority voters such as Hispanics, African Americans, not to mention the young voters.

If you are not with us you are against us. Which is actually taken from Eissa (AS) statement “He is not with me, he is against me” (Jesus). A spiritual statement turned into war statement by former president Bush.

Benjamin Franklin, at the Signing of the Declaration of Independence (July 4, 1776).

“Unity in diversity is the highest possible attainment of a civilization, a testimony to the most noble possibilities of the human race. This attainment is made possible through passionate concern for choice, in an atmosphere of social trust” Michael Novak, American Catholic philosopher, journalist, novelist, and diplomat

In 2000, the European Union adopted 'United in Diversity' (Latin: In varietate concordia) as official Motto

The motto means that, via the EU, Europeans are united in working together for peace and prosperity, and that the many different cultures, traditions and languages in Europe are a positive asset for the continent.

Since God created social inequality, He commands us to practice social solidarity. The poor needs money of the rich, the rich needs labor of the poor. Even the social peers are dependent on each other. The farmer clothes himself from the work of weaver and the weaver eats and appreciates the work of the farmer

There's no gentle way to put it: People who give in to racism and prejudice may simply be dumb, according to a new study.

“... there is reason to believe that strict right-wing ideology might appeal to those who have trouble grasping the complexity of the world” “many anti-prejudice programs encourage participants to see things from another group's point of view. That mental exercise may be too taxing for people of low IQ”

The research finds that children with low intelligence are more likely to hold prejudiced attitudes as adults. These findings point to a vicious cycle, according to lead researcher Gordon Hodson, a psychologist at Brock University in Ontario. Low-intelligence adults tend to gravitate toward socially conservative ideologies, the study found

Among Muslims, the sense of group is found in umma whose members are united under universal belief of their faith. The early Muslims were bounded by two groups; Emigrants (Muhajireen) of Mecca and the helpers (Ansars) of the Medina. Both social groups were united under an ideology rather than ethnic (tribal) identity

Unity is coming together without uniformity. That is different from the unity based on tolerance of people of different social and cultural backgrounds.